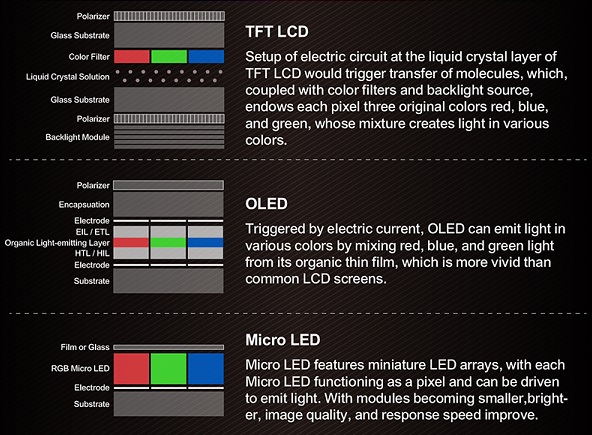 TFT Liquid Crystal Display is widely used these days. Since LCD itself doesn't emit light. TFT LCD relies on white LED backlight to show content. This is an explanation of how TFT LCD works.

Organic Light-Emitting Diode is built from an electro-luminescent layer that contains organic compounds, which emit light in response to an electric current. There are two types of OLED, Passive Matrix OLED (PMOLED) and Active Matrix OLED (AMOLED). These driving methods are similar to LCD's. PMOLED is controlled sequentially using a matrix addressing scheme, m + n control signals are required to address a m x n display. AMOLED uses a TFT backplane that can switch individual pixels on and off.

​Micro LED, sometimes called μLED is made up of tiny LED, measure less than 100μm. Another way of looking at this is that MicroLEDs are simply traditional LEDs shrunk down and placed into an array. 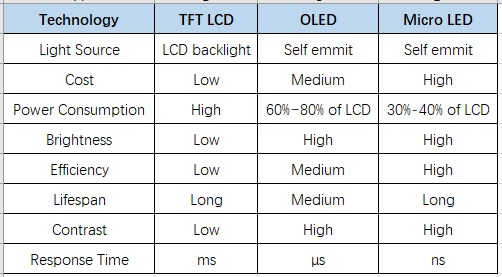