A backlight is a form of illumination used in LCD. As LCD do not produce light by itself, unlike CRT. LCD display needs illumination, ambient light or backlight, to produce image. Currently, there are two types of backlight in the market, CCFL and LED.

CCFL：Traditionally, TFT LCD used Cold Cathode Fluorescent Lamp as backlight. It was the major player in market, before LED backlight was introduced. CCFL is a mature technology, and provides stable color light source. However, CCFL backlight is relatively bulky and is not energy efficient. It is phasing out of market now.

LED: LED backlight on the other hand is small, low power consumption, has high brightness and long service time. That is why LED is taking over LCD backlight market share from CCFL.

LED, in full Light Emitting Diode, is a semiconductor diode that emits light when electric voltage is applied to it. We can separate LED backlights into two groups, based on their installation locations.

Edge-lit: LED light bulbs are affixed on the edge of TFT LCD display. A light guide plate (acrylic panel typically made from pure PMMA resin) is used to direct light out the front. Edge-lit LCD backlight can be very thin. But its efficiency is low. The thinner edge-lit backlight is, the lesser efficient it will be. 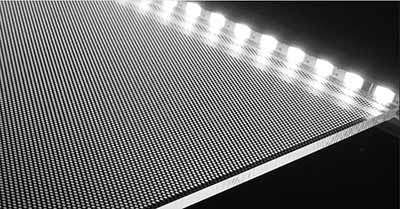 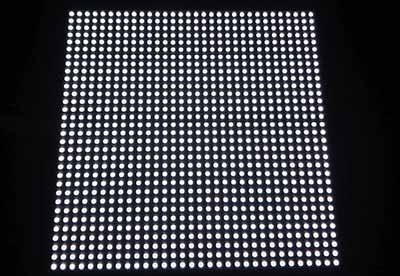 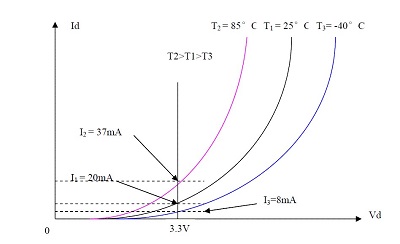